Posted at 08:56h in Personal Effectiveness by Caroline

It’s likely that a huge proportion of your working day is spent communicating with others, either verbally or in writing, be it text, email or social media.

The aim of this month’s blog is to get you to do a stocktake of the verbal tools you’ve got in your toolkit.  Do you have a wide range of tools or a limited selection? Are you using all your tools or have some of them disappeared down the cracks?  Are you using the tools effectively or do some need to be polished?  Perhaps you are over-using some tools and they need to be given a well-earned rest.

To start, let’s take a look at some of the tools you might have in your toolkit so you can assess if they’re in good working order. 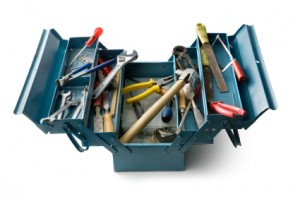 At the most basic level, we give information (facts, ideas and opinions) and we seek information (otherwise known as asking questions.)  Generally, we tend to give more information, at the expense of asking questions. This can lead to issues not being fully explored and evaluated.  It could also be interpreted as not being interested in the views of others.  A good rule of thumb to aim for is a ratio of 3:1, in other words, for every 3 pieces of information you give, make sure you ask 1 question!  Is your Giving Information tool a little overused?  Could your Questioning tool do with some extra exposure?

Next time you’re in a meeting, ask more questions, then reflect on what impact that had on your involvement in the meeting and the overall outcome.

It may seem as though you spend hours in meetings, or having conversations with colleagues, partners and customers, but despite the time spent, not much seems to happen.  Could it be that you’re not using your Initiating tools enough?  These are the tools that focus on actionable ideas and you’ve got a couple of choices about how you initiate action.  You can put forward Your Own Ideas and you can Build on other people’s. 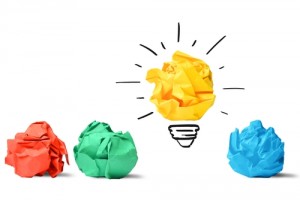 People generally find it easier to put forward their own ideas.  Building on other people’s ideas is harder work – for a start, you need to be listening! Then you need to identify something that you like about it, in order to build on it.  Building is a good indicator of teamwork and collaboration.

Do you put forward enough of your own ideas and do you also build on other people’s?  Which tool needs the most polishing for you?

Have you ever been in a meeting where you have no idea whether the person you’re talking to agrees or disagrees with you because they’re not reacting? This may make them a good poker player but it doesn’t usually help when you’re working together.  Sometimes we give clues about what we’re thinking through our facial expressions and body language but these non-verbals can be misinterpreted.  Vocalising your reactions provides a clearer message and is a positive thing to do,  even if your reaction is that you disagree.  If you don’t articulate your support or disagreement, the end result could be that decisions are made which, at best, lack commitment or, at worst, result in disaster.

Do you need to let people know what you’re thinking?  Are you using your Support and Disagree tools to good effect? 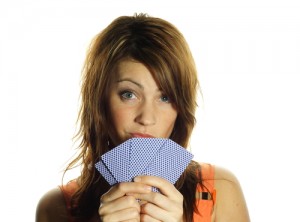 Unsurprisingly, the amount of clarifying that people do in meetings has a direct impact on the number of misunderstandings that each person takes away with them.  According to research, this could be up to as many as five misunderstandings per person!  Worryingly, this doesn’t mean people leave the meeting feeling confused; on the contrary, they might be very sure of what was discussed and agreed, it’s just that they have a different perception to what others believe was discussed and agreed!  So, how can you avoid this happening in your meetings and conversations?  Use your Testing Understanding tool – ask a specific question that checks you’ve understood what’s been said.  It’s likely that, in getting a response, you’ll achieve clarity for more than just yourself.

Another tool from this section of your toolkit is the Summarising tool.  Do you just wait until the end of a meeting, or conversation, to summarise things? Do you even do it then? Summarise at regular intervals by restating briefly and accurately what has been discussed and/or agreed.  If you know you need to summarise, you’ll take a more dedicated approach to listening to what’s going on!  The likely result?  A meeting where people walk away with a lot less misunderstandings than if you hadn’t taken the time to wield your clarifying tools.

How much do you control the inputs when you and others speak in meetings and conversations?  Do you wait for others to stop talking or do you talk over them? It’s easy to over-use your Shutting Out tool when you’ve got a lot to say, are enthusiastic about getting your point across or when you’re not interested in what others have to say.  A certain amount of over-talking and interrupting is inevitable (imagine how slow and boring discussions would be without these) but do you need to do a stocktake to find out if you’re a habitual user of this tool?  Are you ‘shutting out’ so much that you’re stopping others from being able to put their point across fully? 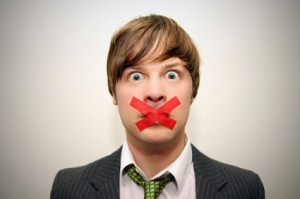 Do you notice when other people aren’t saying much? Some people have valuable contributions to make but struggle to get in to the conversation. How often do you make a conscious decision to bring those people into the discussion?  Does your Bringing In tool need some sharpening so that you can make the most of the people involved in your discussions?

So what has this stock-taking activity highlighted for you?  Which tools will you get out at your next meeting and which tools will you give a rest to? Perhaps you’ve identified some tools that need some polishing and sharpening? There may be some tools that you can add to your toolkit? What positive difference could some changes in your toolkit make to your verbal communication?

Look out for next month's blog on Networking.