Posted at 07:30h in Leadership, People Management by Caroline

When I received school reports for my two daughters at the end of last term, I was a bit surprised by the new format used.  The way the report was written had changed and some key information, which had always been there before, was missing.  Listening to the subsequent "school gates’ chatter", it was interesting to identify the impact that the changes had had on parents’ opinions of the school, the teachers and head teacher: these ranged from confused, to cynical, to suspicious.  (Just to put things in perspective, this wasn’t exactly going to have a life-changing effect on children or parents!)

Ever wondered how a seemingly small change you’ve implemented has resulted in an out of proportion, negative, response?

Being the sort of person I am (Teacher’s worst nightmare?), I couldn’t help but email the Head Teacher to give some constructive feedback about the effect this change had had on parents’ perceptions and also to provide a teeny weeny bit of unsolicited advice on how to effectively communicate change in the future.  I stopped short at offering to run a training course on it but, instead, was inspired to use the topic for this month’s blog.

So, when you need to communicate change, are you going about it in the right way?  Are you aware of the key tips to bear in mind?   Do you want to avoid creating suspicious, cynical or confused ‘office chatter’?  If so, this blog is for you. 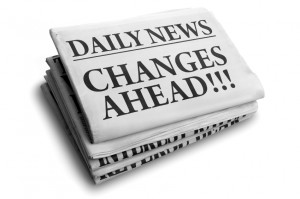 Tip No. 1 – Remember that the change is NEW to others

Sometimes, change is in the pipeline a long time before it becomes reality and so, until things are firmed up, it may seem inappropriate to talk about it. Over time, you get used to the idea of the change that’s coming. So, when the time comes to implement the change, you forget that it will be ‘news’ to others… in the worst case scenario, you forget to actually tell them about the change at all – it just sort of happens.  This was the trap my daughters’ school fell into.  So, don’t forget to communicate that something is now different and the reason behind it (see Tip 2). Hoping people won’t notice, or won’t be bothered about, the change is taking the naïve approach. If you aren’t upfront about changes that are taking place, however small they might be, people may think you’re trying to hide something.

Tip No. 2 – Tell them WHY the change is happening

People want to understand the rationale for changes that affect them. They want to be reassured that change is happening for the right reasons.  If you don’t tell them the reason, you can bet that they will wonder and speculate until they come up with their own rationale, which may result in the office grapevine spreading information that bears very little resemblance to the real reasons for the change. 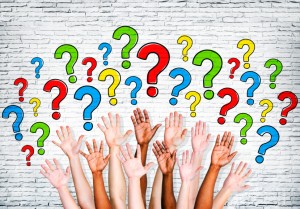 Tip No. 3 – Tell them HOW the change will affect them

Whenever a change takes place, people want to know what impact it will have on them, specifically.  Talking at a high level about the benefits of the ‘new restructure’ will not cut it.  They want to know the specifics – how will this impact them, their job, their work, etc. Of course, there may be some very positive outcomes for people as a result of changes in the workplace but, if there are downsides, be open about these and help people to overcome any challenges or concerns they have.  (See Tip 4.)

Tip No. 4 – LISTEN to people’s thoughts, questions and concerns

You can bet that people will have them so allow the time and space for them to be expressed.  People's feedback will give you an indication of what is important to them and will also tell you what information you may have inadvertently missed out when you communicated the change. If you find that individuals are repeating the same concerns or questions, take this as an indication that they’re not convinced you’ve heard them.  Summarise their concerns and ask for their ideas on how to overcome them. Get people to take responsibility for this and then, where you can, support them in the action they need to take. 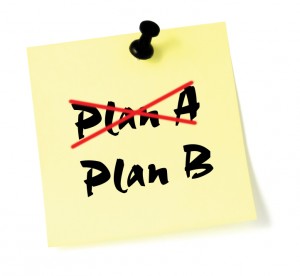 Tip No. 5 – Be clear about how DEFINITE the change is

People will interpret messages in the way that they want to and, for some, this might mean believing that, if they argue a good case, the change can be reversed or a special exception can be made for them.  Be clear if the change is set in stone.  If it is a proposal and people have an opportunity to influence the final decision, let them know how they can do this.

Tip No. 6 – Get BUY-IN with implementation

People aren’t always happy with change when it comes, so buy-in may seem like an unrealistic wish.  One way to help move people away from resistance is to give them the opportunity to influence HOW the change can be implemented.  They may not be able to stop the change happening but can they have some input into the way in which the change is carried forward? If they can be involved in this way, they are more likely to accept the change sooner.

Do you need to implement any changes sometime soon?  Are you prepared for how you’ll communicate the change?  Use these tips as a checklist and you’re more likely to end up with a positive change outcome that happens sooner and less painfully for all concerned.

Look out for next month's blog on Preparing & Structuring Presentations.