07 Sep Ideas in Meetings – Going from Good to Great

Posted at 09:00h in Meeting Tips, People Management by Gill

As you walk away from yet another meeting where you feel personally underwhelmed by the quality of ideas, are you convinced that with a bit more time you could have all come up with something a bit more creative? How do you achieve meetings that create original high quality ideas that the meeting participants are engaged with and motivated to implement?

Meetings can be divided into two camps:  the first is where lots of proposals are put on the table, which then get rejected or accepted pretty fast. In these meetings there are four or more entirely new suggestions for every one time a participant builds on someone else’s idea. We can call these Knockout Meetings. 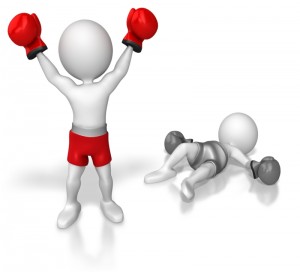 Co-Creating Meetings are where fewer initial proposals get discussed, and at least half the time, those ideas are explored and added to.  This further engages participants, who add their progressions and amendments along the way to the final outcome. 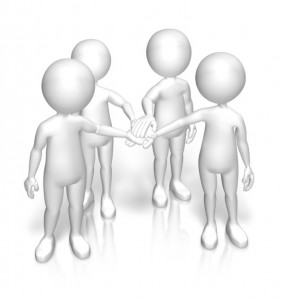 How typical is each kind of meeting?

Research by Rackham and Morgan  (Analysis of Social Skills, Ed WT Singleton, P Spurgeon and RB Stammers) from observing 302 meetings found that only 4% of them were pure co-creating meetings, 78% were knockout meetings and 18% fell somewhere between the two. That means we all spend a lot of time in meetings dismissing ideas out of hand or grasping a solution wholesale.

What is the reason for this?

We are creatures of habit and tend to respond to ideas according to existing meetings culture. We can all fall into the knee-jerk habit of dismissing the value of an idea by looking for its flaw or weak spot – ‘when wouldn’t it work?’ ‘Where is their evidence a bit thin?’  Maybe it’s our natural competitiveness or maybe it’s our engineering mind.  On the other hand, sometimes we can take a supermarket approach to ideas – ‘That one looks alright I’ll take it,’ without exploring how we could make a good idea even better.

So what? – Why does it matter? 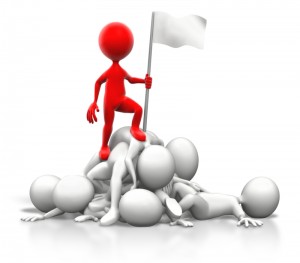 Meetings have an output but also create different feelings amongst the participants. The survival of the fittest approach in the knockout meetings is certainly efficient, organised and it stimulates competition.  It is great when you have no shortage of options, have tight time constraints and when you don’t need a high level of personal commitment to drive implementation. However, people tend to have a lower personal commitment to other’s ideas agreed in these meetings.

Sometimes the idea that gets adopted is the best and most original idea, but sometimes it comes from the person with most tenacity, or the person with most power in the room, or sometimes it is accepted because we are all tired and want to go home!  Sometimes the unorthodox idea that gets dismissed out of hand could have been shaped into something ground breaking … you’ll certainly never find out at a knockout meeting. 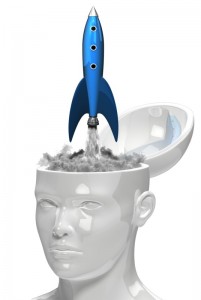 With Co-Creation meetings, the outputs were judged to be of higher quality by impartial assessors and also drew a higher level of personal commitment from the participants. They were more likely to remember each other’s contributions and to find the meetings creative, exciting and useful.  Also – here is the added bonus – when you create a culture of co-creativity, people tend to be braver at contributing their ideas, knowing that they are more likely to be given a good hearing. 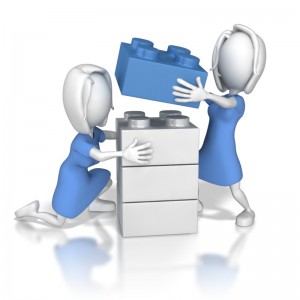 So, how can you get the ball rolling to make your meetings more co-creative? You can teach and encourage a building solutions response which works as follows:

A colleague shares their proposal.

Step One: Paraphrase your colleague’s idea to check you have understood what is being proposed

Step Two: Express one or two things you like about it

Step Four: Amend their proposal to take account of your concerns.

They can then repeat the process back to you, or others can go through the sequence too.

Jo: I’d like to get rid of the partitions on the second floor.

This ‘out of the blue’ suggestion runs the risk of a kneejerk rejection from staff. With a building solutions approach colleagues can tease out the best part of the suggestion and modify it to work better. 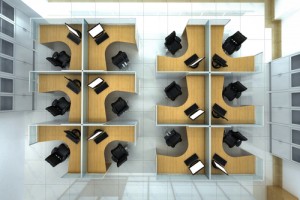 Neesha: So you want the finance team to switch to an open plan arrangement?

Neesha: I think there would be some real advantages in that. I can see that it would improve communication between people in the team – which can be poor.  I think it would also improve team spirit in the finance team as a whole.

What would concern me though is the issue of confidentiality.  Finance Officers are discussing sensitive topics at times and it wouldn’t be good for them to be overheard.

What I would suggest is that we have a kind of ‘modified open plan’ arrangement where we change the internal partitions to give a number of individual units, all opening onto a central area, that could be used for team briefings

Jo: So what you’re suggesting is that we keep some of the separation in order to respect client’s privacy but that we arrange the space so that there is a team area that leads onto each person’s workspace

Neesha: yes, you’ve got it!

What kind of meetings do you have? Could you make more use of building responses?