06 Aug How to help people change their behaviour

Posted at 09:30h in People Management, Personal Effectiveness by Gill

Say you have an issue that requires a change in behaviour from an employee – how do you know when they’ve really ‘got it?’

How many times have you discussed a necessary change with a team member, where they have looked you in the eye and said “Yes I will” …but hey presto… nothing happens. We all know how important it is to get personal commitment for change, so… what went wrong? You were certainly convinced, so what got ‘lost in translation?’

Why do people avoid solving problems and what can we do about it?

Human brains are remarkable problem solving machines. What is equally extraordinary is our capacity to duck an issue, and inside our heads we have very clever ways to avoid solving problems. Solving problems is an active process, and there are lots of ways we can passively avoid taking constructive action just by the way we define the situation to ourselves. 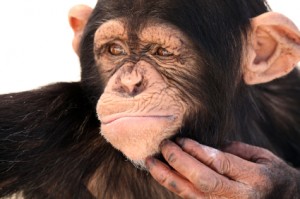 Imagine the scene: Four chimps each sit down on a chair that has an upturned drawing pin on the seat.

The first chimp says, “Owww, this hurts…. I’ve got a drawing pin in my backside… but I am far too squeamish to pull it out so I’d better just live with it.”

“Oww,” says the second, mournfully, “this really hurts, but once you have a pin in your butt, you’re stuck with it for life.”

“Yeah, I have a pin in my butt too, but hey; it could be worse!” The third one replies.

So what’s going on, and how do we humans do this too?

Drawing on Transactional Analysis theory we know our chimps are discounting – they’re minimising or ignoring some aspect of themselves, others or the situation they are in. They are certainly not solving that old ‘tack in the butt’ problem. 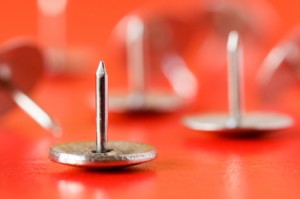 We can discount at differing levels of seriousness, so starting with the most profound level

So how do we tackle the situation when we think someone else is discounting? Or is it ‘just one of those things we have to live with’? (Just kidding!)

Let’s paint another picture which doesn’t involve any chimps, pins or butts… Mary is a very experienced member of the customer services team. Unfortunately, she has a habit of complaining persistently about some of the ‘givens’ of her role, which has fed a culture of dissatisfaction amongst the team. Newer team members soon pick up the common view that management demands are ‘unreasonable’ and, although there is lots of backroom gossip about how unhappy the team are, when the manager asks if there are any complaints, no one in the team deals with the issues directly.

When her manager tackles her about it, Mary says that she knows she does complain, but that letting off steam is good for the team because of the stress of the job. Mary then agrees with her manager that she will of course be more positive in future. 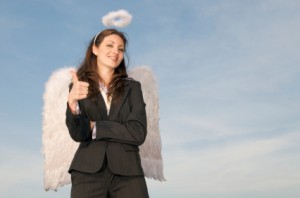 How confident are you that this problem has been solved? It doesn’t sound like Mary is disputing that she complains, but is she acknowledging how big a problem it is? Or whether it is possible to create a team environment in customer services without regular grumbling? Or whether it is a habit she believes she can change herself? Until the conversation draws these issues out in a way Mary can relate to, she is not even on the starter’s blocks of truly turning this one around.

So when embarking on problem-solving with an employee have your mental checklist at the ready:

It is also worth considering that people are probably discounting at a more profound level than it might appear so it is often worth double checking at a deeper level.

Oh, and by the way, when you find yourself sitting on one of life’s little tacks – do you spring to solve the problem or find yourself craving a banana?

Look out for next month’s blog which explores the dimensions of Skill and Will in relation to Performance Management.