Posted at 09:30h in People Management, Personal Effectiveness by Gill

Dealing with ‘difficult people’ is an energy sapper for everyone. Trouble is… we can sometimes walk into an invitation to a dead end interaction without realising it. How do we get sucked in to these human black holes? Transactional Analysis Game Theory can offer some insight so read on….

Games (in this context) are repetitive, unsatisfying interactions where participants can take on one of three roles: 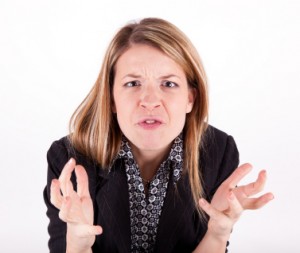 When someone is in this mode they tend to jump to blaming others for problems or difficulties. Examples of this might be losing your keys and shouting at your partner for having moved them, or believing that people who are complaining are weak or incapable. You know you are getting into persecutor mode when you feel a sense of pleasure when others make errors. It often comes with a feeling of irritation or exasperation with others. You can give someone critical feedback or hold someone to account without being a persecutor but when you make it personal then you have probably stepped over the line. 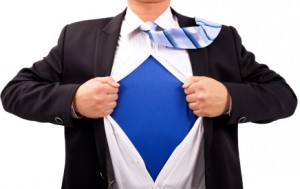 When people are in rescuer mode they step in and do things for people that they are capable of doing for themselves. It sounds and looks a lot nicer on the surface but shares a similar philosophy with the persecutor role. In both there is an assumption that the other person is somehow lacking in some way…and the underlying message is the same… somehow these poor people are not up to it and they need ‘capable old me’ to be sympathetic and do things for them. Obviously caring for people and being helpful are very positive things but when we consistently do things we haven’t been asked to do based on an imagined belief of someone else’s inadequacy, it is very disempowering ( but can be hard for them to refuse, without looking rude) 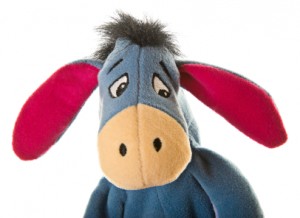 When we are in victim mode we are really sorry for ourselves- perhaps believing that the world ( or at least some people in it!) are really conspiring to make our lives difficult. We believe that we are at a disadvantage and that we can’t manage things (that we actually are quite capable of.) This Game role is different from being a genuine victim of crime, accident or misfortune and is all to do with what we believe about ourselves and the situation we are in.

We are most susceptible to playing a Game when we are stressed, tired or ill. Participants start in one position but during the game one person at least will switch position (and sometimes both). That sounds a bit convoluted but here’s how one Game can play out in real life.

Games in Action: The ‘Why don’t you…Yes but’ Game

Gordon is having a weekly review with Stuart who works in a basic level admin role. Stuart has said that he feels really useless and will be stuck in a boring job all his life at this rate. Gordon jumps in and suggests attending a college course in the evenings to get a technical qualification…Stuart looks sad, “Unfortunately I really can’t commit to regular evenings.” Unperturbed, Gordon thinks again. “What about offering to be part of the new staff consultation forum, that would get you some useful experience?” Stuart smiles wryly “…yes, I can see that but they meet early on a Wednesday when I have a later start.” “OK,” says Gordon frowning with concentration “What about asking to shadow Lynne for a day? She is really experienced and could give you an insight into some of the more technical processes.” Stuart appears to consider this for a moment but then looks regretful “I just think that Lynne and I are very different people, I don’t think we would relate well…”

So what happens next? Does Gordon succumb to impulse and grab Stuart by the lapels? Does Gordon walk away feeling he has failed his team member? Does Stuart feel powerless and resentful towards the organisation because he is stuck in a role he is unhappy in?

Gordon and Stuart have just played a Game. Stuart starts in Victim (it’s all hopeless, nothing will work for me) then Gordon jumps into Rescuer mode (I am going to help you). It’s only a matter of time before either Gordon switches into Persecutor “Oh for goodness sake man, take responsibility for yourself” or into Victim himself “I knew I wasn’t very good at this staff development stuff…” Stuart meanwhile might make the shift to Persecutor “Don’t worry, I knew you wouldn’t be able to help.”

So, how do we avoid playing games?

Be aware when we might be discounting our own (or someone else’s) capabilities and aim for interventions that have mutual respect and a constructive attitude – treating both yourself and the other person as capable individuals.

So Gordon could ask by asking Stuart which other role he thinks he would be capable of, what ideas he has had himself to equip himself for a different role, what help he would like to progress, that way he is likely to stay out of the game… even if Stuart is intent on playing victim.

Of course there is nothing wrong with making suggestions to help someone, but my rule of thumb is that if you have made 3 suggestions and the person has rejected all of them then STOP and do something else!

Of course this is only one possible sequence and there are many others. Look out for future blogs on other Games and how to deal with them. We play these roles out of awareness, and usually only cotton on when the switch has happened and we feel bad. All of us can play all of the roles at different times but we probably have a favourite – what’s yours?

Look out for next month's blog on How to Chair Meetings