Posted at 09:00h in Meeting Tips, Personal Effectiveness by Gill

Have you ever been left speechless by an unexpected argument to your proposal in a meeting…which somehow undermines your point  – you know you’ve been ‘had’ but you’re not sure how they did it?

In these days of “fake news” it can be helpful to look at the range of Fake Arguments that can be used against us. 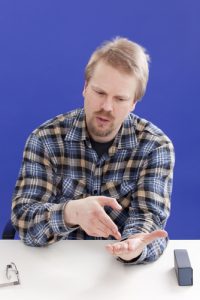 Read on to uncover seven ‘tricks of the trade’ people use if they are  wanting to unseat someone’s argument (without actually having evidence on their side) and some tips on how to rebut them. 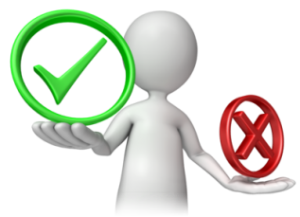 “You are either for the restructure or you are against it!”

This forces people into an entirely false choice. You could actually be slightly in favour with some reservations (or vice versa). Don’t let yourself accept the false paradigm!  Instead you could say “That’s not true.  You can be in one of the myriad of positions between the two extremes as well as 100% for or against. I personally think there are some good points and some bad points to the proposal I would like to work together to improve it”

“Sam is always banging on about recycling in the office but she drives to work instead of cycling or taking the bus.”

Here the opponent is attempting to discredit the argument by suggesting you or someone else is being hypocritical.  Whatever means of transport Sam uses is irrelevant to the value of recycling in the office so don’t get distracted into answering this. 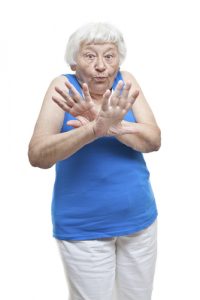 “If we accept these terms and conditions then we will have to put up with management imposing all sorts of other changes on us in the future.”

This argument attempts to discredit a position by implying its acceptance will lead to a sequence of undesirable events. Although this sequence may be possible this argument implies inevitability which must be challenged.  Instead accept the concern and separate out the issues, e.g. “Sounds like you are concerned about protecting the staff working conditions in the future. I don’t agree that agreeing to this proposal inevitably puts us in a weaker position going forward but let’s make sure we always stay alert to anything that could.”

“I spoke to a couple of the non- exec directors and they hated your idea so I don’t think you will have any traction with the Board.”

It is wrong to assume their data from a small sample will necessarily carry over. They may have spoken to the board members who are likely to be the least sympathetic and avoided (by luck or instinct) the ones who might embrace it. Either way, you can’t be sure so don’t let them predict the outcome just because they don’t like your proposal. “We may have board members who hate it , we may have board members who will love it – the only way we will find out their overall views is by putting it forward for proper consideration.”

“You are just wanting people to swan in and out of work whenever they feel like it.”

This is an example of attacking a proposal – in this case for flexible working – by caricaturing it. This is done by misrepresenting, misquoting, misconstruing your position. Look for the concern behind their caricature (that people won’t be accountable) and address that – without giving their description the dignity of repetition. “Sounds like you want to be reassured that people will be responsible and take work needs into account – I couldn’t agree more, let’s ensure we have mechanisms to build that in.” 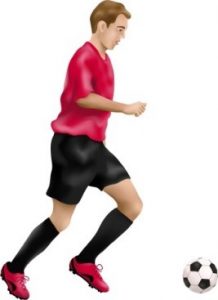 “You just want to introduce more flexible working so that you can yet again skive off and play football on Thursday afternoons.”

In this scenario you are being attacked rather than the merits of your proposal. Just because a person could personally benefit from a proposal doesn’t make the proposal wrong. Getting defensive will only play into their hands.  Enthusiastically agree with your preference but reframe it in a positive way. “I will love the chance to stay fit and keep a good work – life balance, as I’m sure will many of our colleagues. It could benefit us all in better attention at work and fewer days off sick”

The False Exception to the Rule

Consider this interaction:  “No one in IT will be able to do this because they don’t have emotional intelligence.” You reply “Tom has a very high level of interpersonal skills.” They reply “Yes, but he has only worked here 6 months.”

With this type of fake argument our opponent is trying to wriggle out of a false assumption by redefining membership of the group they are discrediting.  When this happens you need to recognise it and challenge it.

I work a lot with teams in conflict and like to find ways for people and groups to see through any bluster and mistrust and find ways of resolving difficulties.  Here are my top tips for dealing with fake arguments: 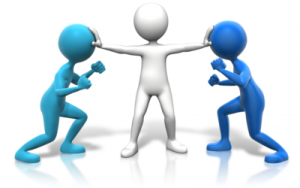 Good luck with countering any fake arguments you come across – see how many you can spot in the coming weeks.